I’m actually going to go in-depth for once, to reflect the hardworking attitude of a Hataraki Man. Let’s start this off with the OP, I mean, it would seem to me the most fitting thing to do. (NOTE: I really wanted to put up the actual OP, and not just the song, and this was the best I could do. Skip to  38 seconds).

This OP was one of my favorites ever. Top Twenty definitely (for me). Now as for the show…

There was certainly no shortage of great characters in this one. They all had their own little something about them that made them unique. I’ll go down the list a little bit and give you some insight about each of them.

Here’s a woman dedicated to her work. She puts so much energy into her job, in fact, that I actually felt fatigue from watching her do nothing but work, pull all nighters, and deal with so much stress without a break that it was unreal. (Hataraki Man, in case you were wondering, means “Working Man”…..or “Hardworking Man”…..or something to that effect. This sentence didn’t really belong here, but I thought I should mention it, so I put it in parenthesis, which makes it okay) Not only that, but her boyfriend pretty much sucks. I mean, here’s this girl, pretty good-looking, successful, and you just put off doing anything with her. I mean, God, you’re a piece of shit. I was in his shoes, I would be railing this broad all over Japan. Is this dude allergic to sex? Fuck….

There’s really no way that one can’t respect Matsukata. All she does is work, and she pretty much gets nothing in return. She struggles at times (sometimes with herself) to meet expectations, and wouldn’t you know it? She does it! She’s pretty much like a bad ass of the journalist world. Oh, and she’s voiced by the famed Rie Tanaka. 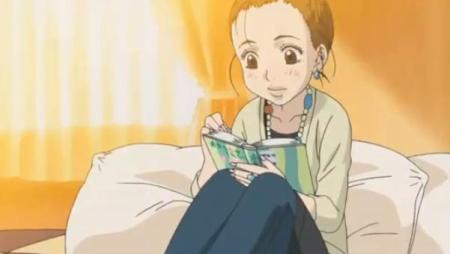 Wikipedia claims that Nagisa is 23 years old. I don’t buy it. She looks 15 to me…..maybe 16 or 17. 23 is definitely pushing it. In the beginning of the series (like the first 2 or 3 episodes) whenever Matsukata turns into Hataraki Man (she says “Switch On”….this stopped after a couple episodes, which was slightly unfortunate, but not really a big deal), she would exclaim, “Yes! It’s Hataraki Man!” or something like that.

All Nagisa wants to do is work with an author whom she likes. She was able to get said author a spot in JIDAI, which is the magazine that almost all of these characters work for, but was taken off the assignment for because she’s inexperienced, and actually not that great at her job. I mean, she’s not bad, but not great. 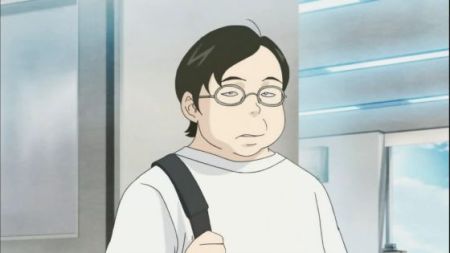 As you might be able to tell, this dude likes food. In fact, the articles that he concerns himself with most are those related to are the adult section and food. What a life, right?

She acts like a woman to get her way. Basically, she flaunts her T&A to get places, but mainly she’s just a huge tease to everyone. I mean, she has a fiance. 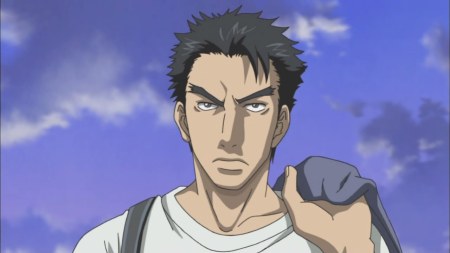 Okay, he’s voiced by Kazuya Nakai, so you already know he’s gonna kick some serious ass. He’s pretty much the bad ass of the JIDAI group (and by badass, I mean he always looks angry, and get’s annoyed by people). He’s pretty much the paparazzi of the whole place, and when he and Matsukata have to go on a stake out together, they get it on clash with each other, and generally do not get along. Of course, these are classic signs that they will eventually going to become romantically involved (usually). Fumiya takes pictures of the sky, because he’s deep like that. 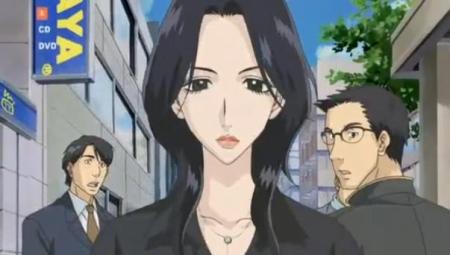 She’s the “office babe”. She doesn’t say much, but all of the guys in the office would do anything to get with that piece of ass. She poses for nude paintings for some random old dude.

One lazy piece of shit. he takes his time and doesn’t work hard at all. My kind of guy.

This guy is kind of the mid level boss for Matsukata. He accepts the proposals, and is much more active than the Chief dude, who I’m not even going to talk about. He pretty much always has the same facial expression, and is pretty normal.

The fact that the way that they are shown here makes it appear as though they are walking away from each other actually has a deep meaning. That meaning is of course, that Shinji sucks dick.

A dude who would rather work as a salesman then have sex with his hot girlfriend.

Well that’s it for characters…man did I go in-depth (more than I’ve done. Now the one thing I will say is that, although the characters were awesome, they all didn’t get much coverage. Mainly due to the shortness of the series. They each pretty much got one episode to themselves (this applies for the five characters after Matsukata only), and then they were kind of shifted to the back, and never really heard from again, which is too bad. If only the series was longer, instead of a mere 11 episodes.

Okay you saw the screenshots, it’s flawless for the most part.

I probably should have done this before, but by now you probably know that it is a show revolving around Matsukata, and her job, which commands most of her time. She really wants to have sex, but her boyfriend is gay (I kind of made that last part up…kind of). Anyway, she has to deal with all of this shit, and it’s fucking awesome.

Okay obviously I want more Hataraki Man. I’m going to have to at least check out the manga. Yaunderstand? Before I do, I’ll just say that Hataraki Man gets a high 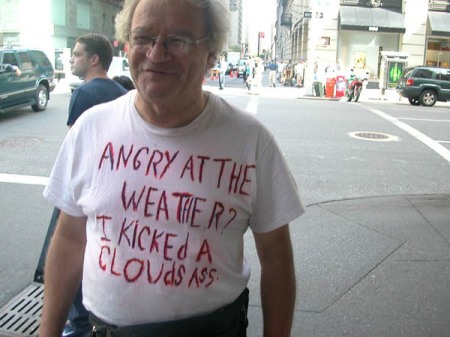 Bill just couldn't keep up with Matsukata's pace of work. Bill lost this round, and that means a win for Hataraki Man.

Oh, and by the way, the ending? CHATMONCHY.