Eye Sedso maybe be out of the Aniblog Tournament after losing to the diamond in the rough that is Silence is Golden, but that doesn’t mean it’s tourament life is over. Just a week or so removed from the large scale, everyone-is-invited tournament, Eye Sedso finds itself in the finals of the most EXCLUSIVE tournament on the internet: The AniISSS Tournament. And wouldn’t you know it, but Eye Sedso is pitted against the biggest slob online: O-New.

O-New has only recently gotten a semi-decent layout for his ISSS after years and years and years and years and even more years of having that old piece of shit layout that everyone wanted to shit all over but couldn’t because someone pissed all over the seat and frankly, no one wants to sit on that. But hey, that was the past right? O-New is new and improved, with a cleaner layout and……well it has a cleaner layout and let’s leave it at that. I thought that O-New had turned over “O-New” leaf for once (I’m cracking myself up with these puns). Then, O-New posted pictures of his apartment: 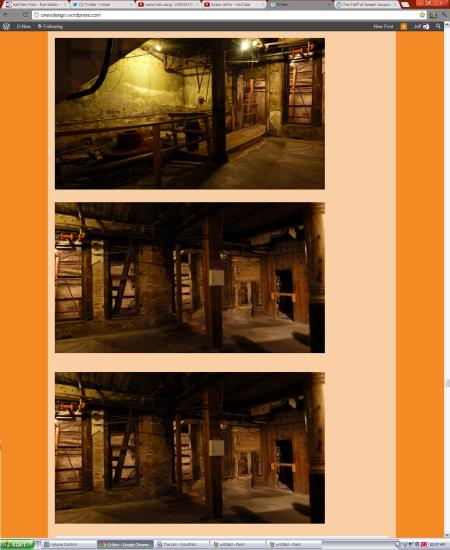 Click to enlarge and discover the full sloppiness of O-New’s old, decrepit apartment.

That’s a combination of three screenprints done on paint. In fact, if you look at the toolbars I have open, I had to use two separate paint documents to copy and paste and combine this pictures of his shitty apartment. Paint truly is a poor man’s photoshop. You’ll also notice that I was listening to the Maria Holic Alive Opening, and if you follow me on twitter, then you probably know that I’ve had a post written about that for a while but can’t find a time to squeeze it out. I REALLY WANT TO TO GOD FUC-

But Glo, how can we tell that it’s Mushy’s apartment?

That’s a good question, imaginary inquirer. To find the answer, we’ve got to look into the pipes of this post. Literally. Like literally look at the pipes: 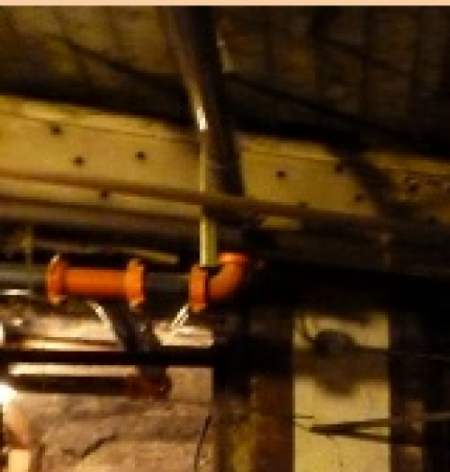 This image, grainy like the ones that capture Sasquatch, clearly show the color of the pipes is orange, but not just any orange. These pipes are an EXACT MATCH to the orange used in Mushy’s background color to his ISSS layout! Everyone knows that purple is the best color. Fuck, it means royalty. What does orange mean again? Well it says that it means fun and shit but that’s just a cover, because it also means deceit and distrust, which takes precedent over any other meanings, because how else can we tell that they’re truthful? Mushy and his orange backdrop of lies are trying to take advantage of you, are you going to let them push you around like a little bitch? I would, and trust me, you don’t want to be like me!

It turns out that this is just the tip of the iceberg though, as he also recently went Rex Ryan on everyone and released videos depicting his fetish for feet. Everyone knows that feet are the weirdest and most disgusting parts of the human anatomy, even worse than kneecaps. For someone to have this kind of fetish…………idk where I’m going with this to be honest.

Should I focus on O-New’s content? It SUCKS. How can I tell? I don’t have to tell, because O-New has already told, which brings me to my next point: O-New is run by a tattle tail.

Okay I don’t actually have any hard evidence to back that last statement up, so I’ll just make something up. One time, Mushy told on his……classmate…forrrrrrrrr………let’s see here…………he told on his classmate for stealing a pen or something. What a DICK. It’s a pen dude, who cares? God I can’t even stand to look at such a man, if you could even call him a man (you probably could). 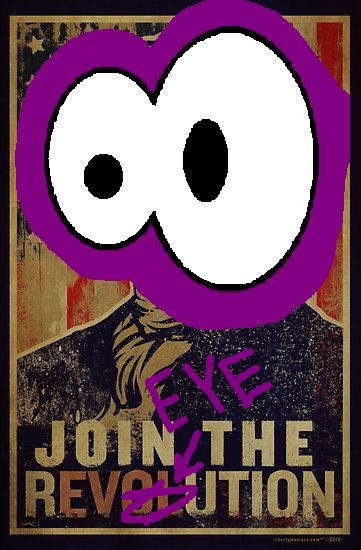 We can’t have a person like this winning such an  prestigious award like the AniISSS Tournament Trophy, which I’m told is made out of %100 Real Imaginary Gold!

So go to the site and vote Eye Sedso, and you’ll be giving a vote for purple, the supreme color of a supreme ISSSer.

EDIT: Has anyone else realized that in the title I’m actually calling a website a slob and a pervert? Total botch job.